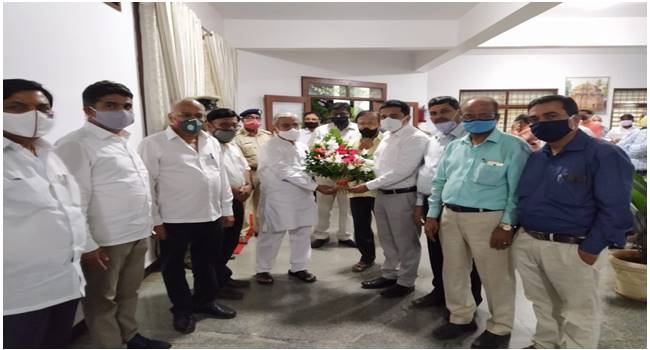 1. As per the Ministry of Railways, Government of India, office memorandum No 2018/CE – 1 / CT / 37 / GCC /Policy dtd 15.05.2020 the Package of Rs. 20 Lakh crore to MSME’s & for Railways related supplies have been kept reserved for the MSME’s, we would like to bring to your kind notice that in Karnataka there are various MSME units who are supplying to other Government departments including railways. So we request you to make similar package given to Railways vendors by the Government of India to be implemented & kept reservation to all Government of Karnataka MSME suppliers based in Karnataka and are giving supplies & services in karnataka, So that the MSME’s will grow in Karnataka & the employment will be increased and also the tax benefit will be more to the Government of Karnataka.2. In North Karnataka Major units are manufacturing & supplying the submersible pumps, motors etc especially from Belagavi & Hubli, but as per Karnataka Government Notification they cannot participate in Tender Process. We therefore request you to kindly allow the Karnataka MSME Entrepreneurs for the supply of Submersible Pumps, etc

3. Earlier it was in Industrial Policy to supply submersible pumps by SSI units of Karnataka, but it was removed & now the major quantities are procured from Tamil Nadu & Gujarat because of which the MSME’s of Karnataka are suffering. It is our kind request to include in the upcoming Karnataka Industrial Policy which will create more employment, More Business for Foundry Units, & New startups in Karnataka and generate more revenue.