Government to set up 6 forensic labs in the State: CM Bommai 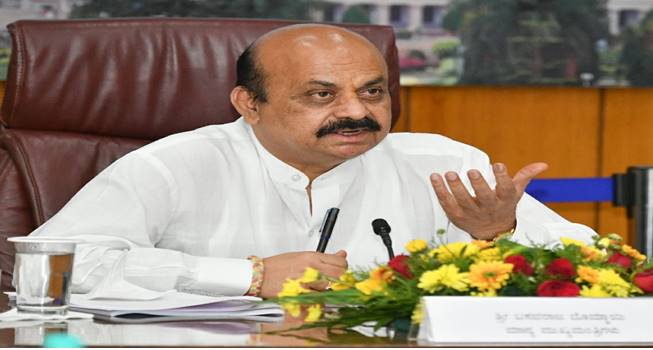 Pragativahini News, Hubballi – Chief Minister Basavaraja Bommai today said that Forensic Science Laboratories would be set up 6 cities of the State including Kalaburagi, Hubballi-Dharwad and Mysuru to facilitate speedy investigation and crime detection.

In his address at the foundation stone laying ceremony for Kasaba Police Station, South Traffic Station, Alnavar Police Station, DAR administrative block and 36 police quarters at Hubballi today, he said that he has already discussed about this with Union Home Minster Amith Shah in this regard.

He also said that a training center in the model of National Defense Academy in Khadakwasla would be set up for the mid level personnel of State Police Department. For the first time Officers on Crime Scene are being appointed in the State. Apart from this, 16 thousand Police Constables and sub-inspectors are being appointed, he added. Officers of DySP and above ranks should not restrict themselves to the office and administrative works, instead, they need to visit police stations and also should work on field, he said.

Basic infrastructure facilities would be given to police stations on priority and the Government aims to build 100 stations a year totaling 500 stations in next five years. 10 thousand police quarters would be built and Dog kennels would be set up to train dogs, said Chief Minister.

Home Minister Aaraga Jnanendra spoke on the occasion and said that the Bill has been passed in legislature to curb online lottery and gambling. Provisions have been made to register the cases as cognizable offence and soon this will come into force as an Act.