Blood is Thicker than Water,  Proves Again True with Jarkiholis

Both met first time after the by-polls. 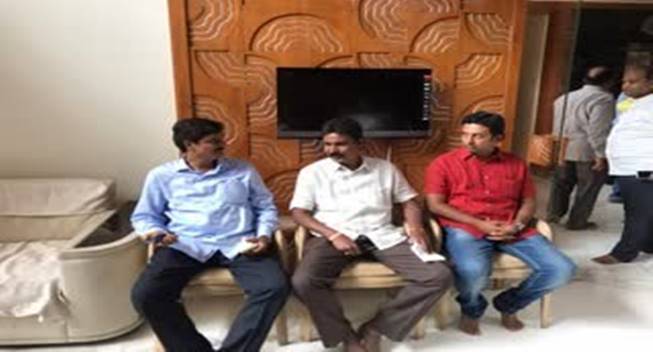 Share
Pragativahini News, Bengaluru : Gokak BJP MLA, Minister Ramesh Jarkiholi and his younger brother Lakhan Jarkiholi who Mudded on each other in last by-election to Gokak constituency and turned faces opposite side met each other at Bengaluru on Friday.
As per the invitation of Ramesh,  Lakhan attended the house warming ceremony at Bengaluru. Both met first time after the by-polls. They sat beside and talked few minutes.
Ramesh, two days ago been to Lakhan’s house at Gokak and invited him for the dedication of his house. The by-polls to Gokak had witnessed a high voltage contest as both the brothers took on each other. Lakhan unsuccessfully contested from Congress.
Both, before and during election hurdled ‘dirt’ against each other and the level of allegation was reached  to the boom. Lakhan was supported by his another elder brother, Yamakanamaradi MLA Satish.
Whether Satish was invited for the programme or not is not known.
belagavi newsBelgaum newsJarkiholi brothers
You might also like More from author
Karnataka News