Upgradation Work of Udyambhag to Commences from June 25 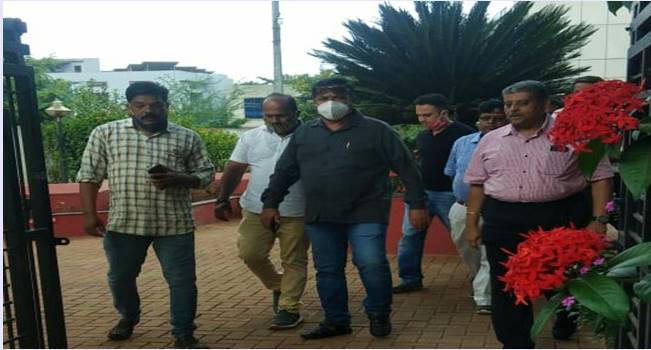 Pragativahin News, Belagavi : The bad roads in Udyambhag Industrial area will be repaired from Thursday and would be finished early.

After taking a round in the area on Tuesday, Belagavi South  MLA Abhay Patil instructed the City Corporation and Public Works Department to repair immediately the bad roads in the area damaged for various reasons. The officials told him would start refilling the potholes and correct the roads from Thursday and within a short time make ready the roads. Industrialists were wuth also thr legislator when took the round.
At a meeting, he told about upgradation of the area, more than 300 streetlights would be fixed in the area before July 20 for which the process was under process.
Industrialists Bharat Deshpande,  Sachin Sabnis, Ramesh Desurkar, Deepak Dhadoti,  Anand Desai,  Subhash Hanji Sadanand Humberwadi  and other industrialists attended the meeting.
Abhay Patilbelagavi newsBelgaum news
You might also like More from author
Karnataka News