“From Which Party He Makes Me CM,” Satish to Ramesh

" He should come back to Congress to make me CM" 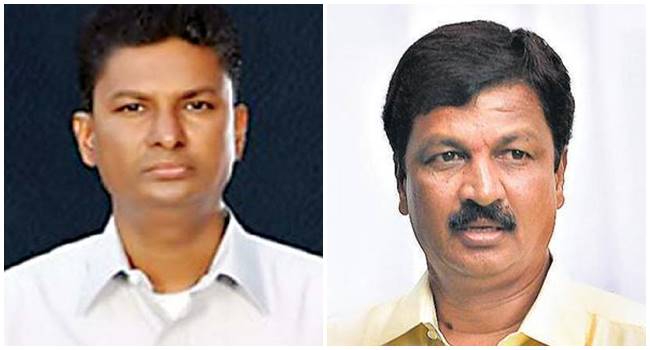 Share
Pragativahini News, Belagavi : As his brother, Gokak MLA Ramesh Jarkiholi, after taking oath as a minister had said he would make him the Chief Minister of the state, Satish Jarkiholi has asked from which party he would make him the CM.
Speaking to news persons here on Thursday, Satish Jarkiholi said that Ramesh’ statement should not be taken seriously. He said he would remain in Congress and Ramesh’ who was in the party joined BJP, how can he make him CM, ” He should come back to Congress to make me CM”, Satish said.
As Ramesh’had said he has done work in just 2 years which Satish has not done in 20 years, Satish said entire state, mainly people of the district known what the former has to his constituency since 20 years. “You see he will not done anything even for the next 20 years”, he said.
Satish, representing Yamakanamaradi constituency, who was the in-charge minister of the district for 2-3 time said the clerks in tahasildar office at Gokak were not doing his works. They might have instructed by Ramesh and company not to do any work of those who worked against him in the last election.
belagavi newsBelgaum newsGokak MLA Ramesh Jarkiholi
You might also like More from author
Belagavi News