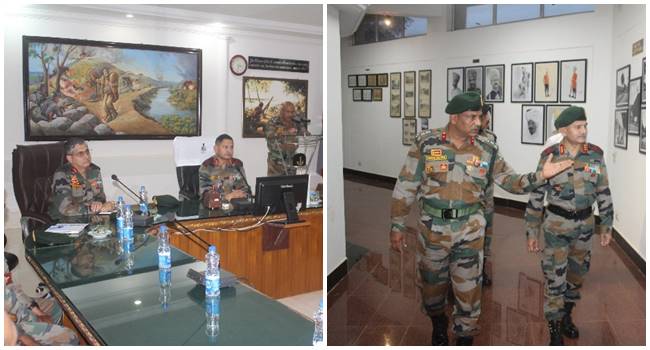 During his two days visit the General Officer visited both the training establishments and appreciated the dedication, professionalism to ensuring highest standard of training as per Army ethos. He also visited various training infrastructures and ongoing projects for improvement of the training and administration. The General Officer addressed all Infantry Officers of the Belagavi Military Station at the Maratha Light Infantry Center on the contemporary issues related to Infantry.

The General Officer also visited Maratha Museum which showcased the historical legacy and traditions of the Maratha Regiment and war exhibits which include Flags, weapons and equipment captured during the various wars and operations prior to and post-independence.