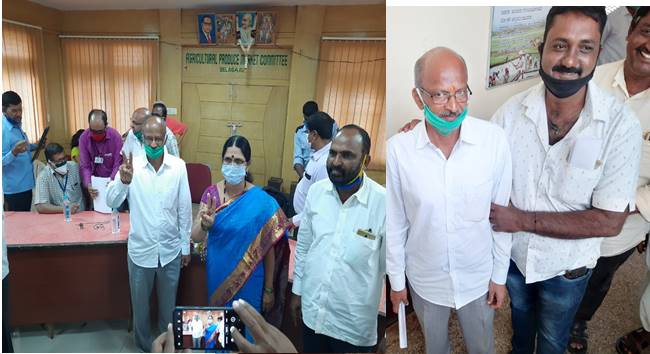 Pragativahini News, Belagavi : The top two posts of Belagavi Agriculture Producers Marketing Corporation (APMC) have gone back into the fold of Congress MLAs Satish Jarkiholi and Laxmi Hebbalkar as their candidates elected unopposed in the president, vice-president election held on Monday.