I am very much eligible to handle the chief minister position 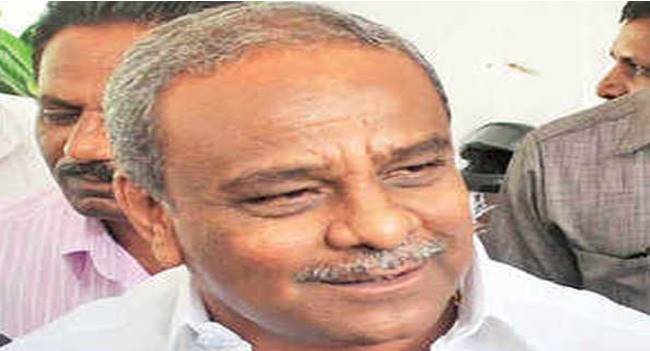 Pragativahini News, Belagavi : BJP MLA Umesh Katti, elected for the eighth successive term from Hukkeri constituency, said he has eyed on chief minister’s post and appealed people to wish him to get fulfilled his ambition.

At a public meeting at Hukkeri town on Monday, Katti said he was one of the most senior legislators of the state and very much eligible to handle the chief minister position.
It was not for the first time Katti poured out his ambition of becoming the chief of the administration of the state. He also pleaded of getting separate statehood to north Karnataka on developmental grounds, saying “I’ll become the chief minister of the divided part of Karnataka state and my son rule the new north Karnataka state”, his remark of dividing the state and his ambition were taken to task, since than he did not spoke anything about making his son to north Karnataka state.
belagavi newsBelgaum newsPragativahini News
You might also like More from author
Karnataka News